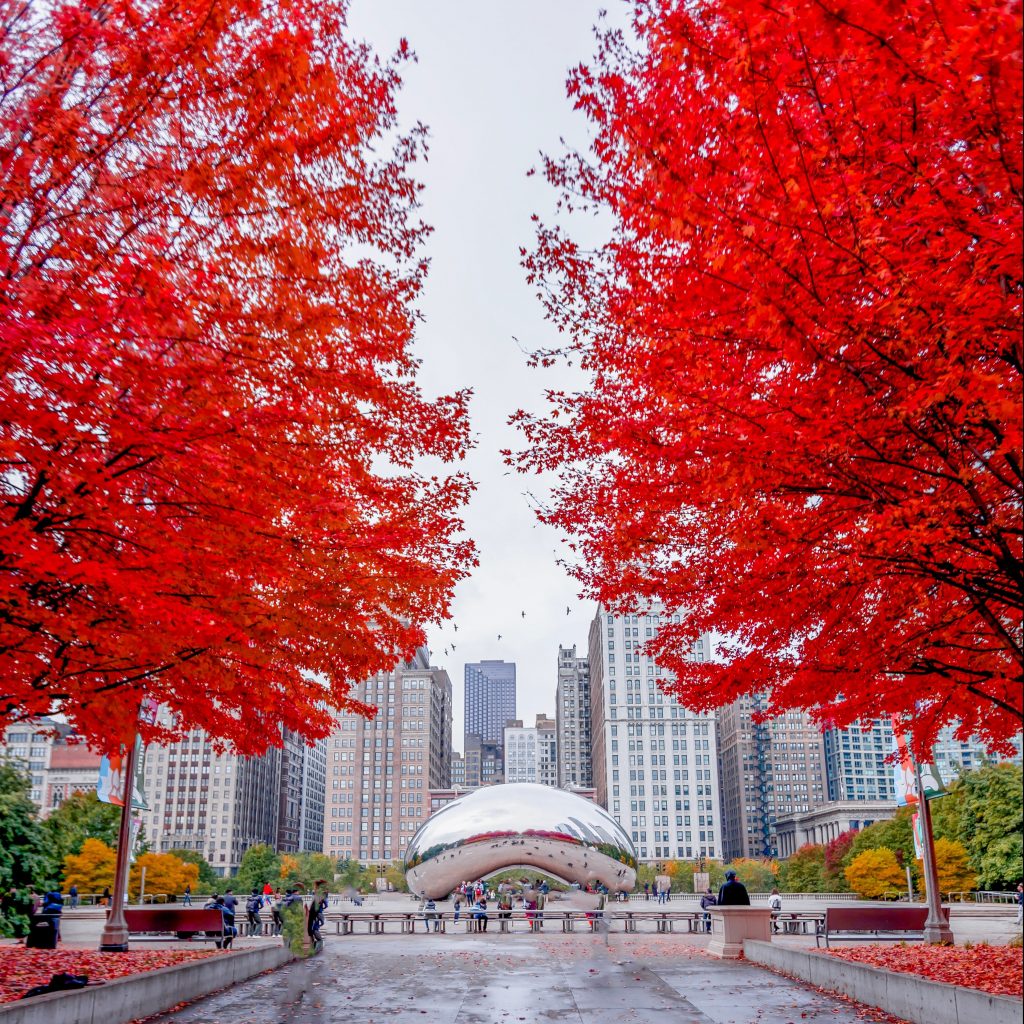 Ten years ago, tonight to be exact, my life changed forever. I was a recent college graduate, slumping through evening classes for a Master of Arts in Women and Gender Studies, struggling to find a job in the looming economic crisis of 2008-2009. Apparently there’s not a big market for straight A girls with no work experience other than a summer at the Dollar Tree and a tenure as a church pianist/organist. I was desperately trying to be a woman when I’d only been trained to be a pious girl. Looking back, it was ballsy of me to take a swing at adulthood in the country’s second-largest city.

I watched the Red Line stop one block from my apartment; my windows were level with the platform, so my days were punctuated in ten-fifteen minute increments. Ding dong- doors closing! My Section 8 studio was my first apartment and sometimes I look back on it fondly, my plum velvet chairs, the gray futon from Big Lots, my Mandala-inspired throw pillow, and the books on Buddhism collecting dust.

I applied to job after job (mostly on paper, mind you): hotel receptionist, team member at the Disney Store, Payless Shoes, temp agency, temp agency…I once nearly chased an H&M manager around the racks, trying to grab snippets of words from her distant mouth, desperate to get a word in and an application. You could feel the suppressed laughter emanating from her like waves.

I had no full-size keyboard to play at home and no inclination whatsoever to open my mouth and sing; a distressing development for someone with a degree in Vocal Performance. I was probably more depressed than I let myself admit; sleeping late every day, playing through some Bach or Ravel on my tiny keyboard, and then wandering the city by bus and train till time for class. Writing bad poetry along the way. Getting the $2 coffee/muffin Monday special at the Caribou Coffee on Michigan Avenue across from the skating rink at Millennium Park. Because I was broke. So broke that buying a new pair of jeans at Old Navy was stressful. I walked through the aisles of Forever 21, wide-eyed at both the prices and all the selections and myriad ways of showing skin that I would never ever dare.

There was this guy I’d been on a handful of dates with. I really dug his hair. And before I went to my hometown for Christmas, he’d given me a CD of Glenn Gould playing The Art of Fugue. He had invited me to dinner for New Year’s Eve. I carefully styled my pixie cut and picked what, I’m 100% sure without remembering completely, was definitely a horrendous shirt, and took the Red Line to Lawrence, then the Lawrence bus to the Blue Line, then to Montrose on the Blue Line for him to pick me up. There were only a few bundled up figures on the bus with me, as weathered as the seats. I wondered what they were up to. I really liked this guy. Most New Years’, I’d felt so alone, but here I was going on a holiday date.

He picked me up in the Chicago Permafrost in his red and black Italian scarf and made a candelit dinner: chicken baked in yellow peppers, covered with butter, basil, and mushrooms. Brown rice. Plus champagne, even though neither of us really liked it. Fireworks went off in every direction in his neighborhood. The old walls rattled.

I’d spent most of my nascent adulthood until then feeling outside it all: introverted and shy, combined with a hatred of self and body. I didn’t know what it was to party, or go to a party, or wear something fancy and go out. My discomfort makes me itch to even recall now. I couldn’t tell you the hottest place, I’d never talked to a strange person in a bar. I knew I wasn’t like all the twenty-somethings around me and I was ashamed that I wasn’t raising my hands in some Division Street outpost, that I wasn’t jumping up and down joyfully to the blaring music, that I wasn’t cooler. But here was someone who didn’t care. Who could talk to me about anything. Who talked to me about Judy Garland, Truman Capote, and his time in the desert.

Three years later we got married.

He saw how experiencing the music at Andy’s my would fingers wiggle and my eyes dim, so he brought home the Yamaha keyboard that’s played every sort of tune from early Beethoven sonatas in Chicago, to My Fair Lady scores in the Illinois prairie, to Cole Porter on the Front Range, and my own songs in a Denver basement and venues from a punk garage to a legitimate castle, to an opera premiere at the National Museum of Wildlife Art in Jackson.

With this whole new year approaching, I’m looking at my mid-thirties in 2020, with no discern-able Career. I was the kid with the grades that was supposed to be something, right? And yet.

Yet. I’m in this position, because that’s where I need to be right now. If I had taken the path I wanted at 16, 18, or even 22….I would not be here. At all. I shudder to think of what would have become of me if I had forced myself into those molded dreams. From the beginning I’ve been decidedly off-center, and it took this decade for me to realize that about myself. It doesn’t mean I feel much confidence or I don’t think about giving up my artistic predilections every single day. But I’ve got love and understanding. A warm home with a roof. The freedom to either pursue or squander my talents every day. I’ve got love.

Ten years ago I didn’t believe I deserved that.